The winning streak continues as Walter State Community College (WSCC) secured its 8th consecutive sputum bowl championship. This year’s TSRC Sputum Bowl competition was filled with lots of thrills and excitement as 5 teams battled for top honors. The competition held on evening of April 9th, following the presentations of the day, provided top flight entertainment for those in attendance. In a round robin tournament, WSCC emerged as champions only after 3 thrilling rounds that saw them come from behind in the first round to advance in the competition. Each team brought their “A Game” and represented their respective institutions exceptionally well. 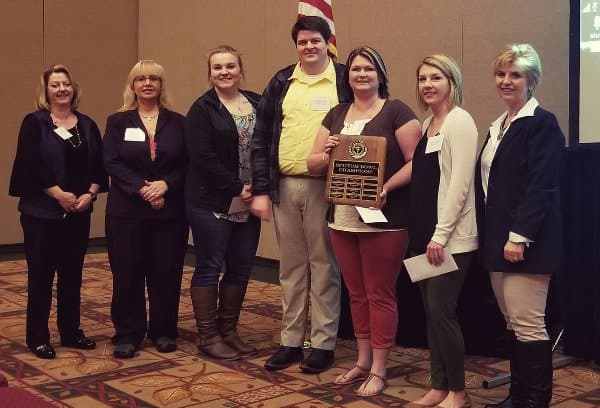